What should I study?

In the data industry, the amount of tools and processes can be quite fragmented usually coupled with a very steep learning curve and very rapid development, it puts one on a constant learning pedal. A very common question I get asked is:

How do you choose what to study? and how do you stay motivated if things keep changing all the time?

I never really thought much about it until now. To understand where my perspectives are, it is probably beneficial to understand a little bit on my background.

If you are in a hurry, skip to the framework section!

I graduated in late 2013, and in the same year I had an internship during summer break. The internship made me realize that university's education is not sufficient for workplace.

In addition, before I entered university in 2010, I watched this movie 3 Idiots and this quote stuck with me since:

The idea is to continuously study, to improve and not afraid to be different. After graduation, I began to gobble up materials, trying to improve as fast as I possibly can and always eager to try new things. Sounds good, right?

TLDR - I failed and I was disappointed. I was too eager to master everything which resulted in learning nothing despite putting in immense amount of time. I have made 0 progress.

These are the top 2 most valuable lessons I have learnt:

Key Lesson: Getting people to change is hard! Always take into account of this as part of your decision making process. 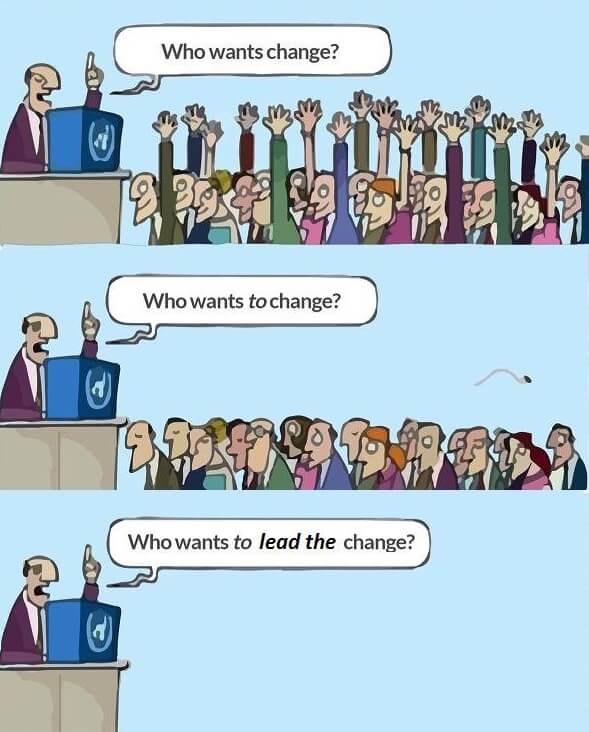 Credits - Check out his other cartoons as well!

Key Lesson: You are not work ready until you have encountered despair. That is when most people give up. Do not be like most people. This is not just specific to coding, but learning any new skill in general. 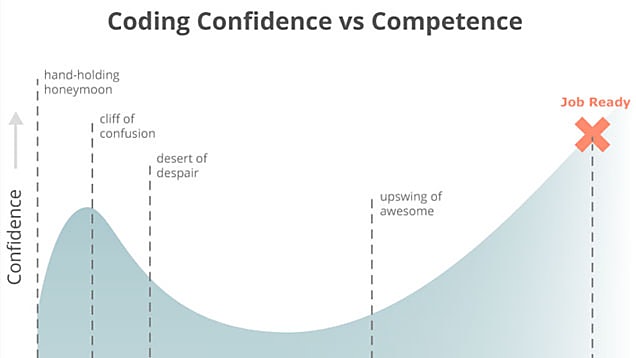 Moral of the story

Perhaps more apparent in the data industry, choosing what to study has a larger impact and consequence - because it is likely that the team needs to adopt it as the new standard or integrate it to the existing standards.

How can I have a framework that encompasses all of the above?

I found asking myself this question is really useful:

What pain points I (or the team) encountered last year I want to solve this year?

The tricky part with this framework, is you need to be able to identify your pain points and actively reflect upon them; which might not be a very easy thing to do.

Since the pain already exists, in order to remove or reduce the pain, change is essential, otherwise, the pain remains. Setbacks will probably occur because it is not applicable or assumptions were made. It is important to acknowledge that this will always be part of the discovery process, after all, a collection of mistakes is called experience. Secondly, understand that there will always be a gap between theory and application. Practice is undergoing the "desert of despair" and climbing out of it is where value is created and skill sets are acquired. Nothing will teach you better than practice.

Sometimes it is also good include a goal that is not related to any pain points just for learning purposes but do not spend the majority of your time on it.

Deciding what to learn

To prevent yourself from getting demoralized or burn out, remember this:

Since then, I decided that at any point of time, I should only have 3 things on my plate. Those 3 things should be your highest priorities. If I wanted to add something else, I have to either finish something currently on the plate or drop something.

After identifying and studying your pain points, set the appropriate goals. Think of possible solutions to achieve the goals, and prioritize them into top 3 and constantly iterate them as you discover more.

Below are my personal examples starting from 2016:

After trying to master everything, I realize i was chasing hype which resulted in half-baked understanding. I should focus and understand why companies use certain technologies and the "why".

I was frustrated being a "Power Point/Dashboard" Data Scientist to someone who is able to deploy models into production.

2018 was a very interesting year for me. I was placed in a position in a new product launch.

For that year, I put the company's goals above my own. It was definitely one of the most painful years but highlight of my career so far. Also, being a new joiner there was already plenty of tools and process for me to learn! (E.g It was the first time I had to deal with billion rows and using spark was a necessity instead of a proof of concept.)

While I was successful in launching a machine learning model for credit scoring, there were lots of miscommunication and alignment required. I decided to go back to be an Individual Contributor (IC) and wanted to invest more in my engineering skills.

As my abilities "scaled" (and being able to see things "end-to-end"), I end up getting multiple (conflicting) requests from many teams. I delivered as many of those as I could, but ended up with a huge technical debt and operational overhead. I want to reduce this going forward.

The odds are someone else has encountered my problem and either the cloud platform has a solution for it or there is some open source tool out there. I should spend more time exploring such tools and evaluate them instead of jumping in directly and build my own.

Will also spend some more time on other algorithms and statistics for the rest of the year.